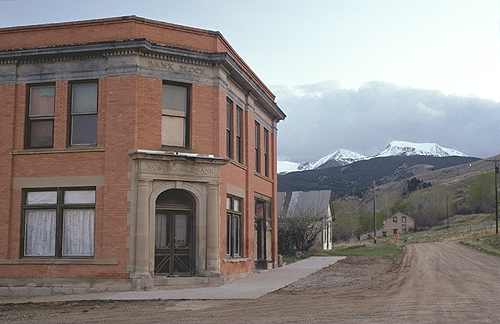 He was less than five feet tall, his accomplishments in proportion. Few people noticed him as he moved from creek to creek, panning enough gold to keep him in beans and get him to the next camp. In 1866 he was crowded out of Alder Gulch and Virginia City by bigger men and made his lonely way to the far-out edges of Tobacco Root Range.

Here in a small creek bed just below Old Hollow Top Mountain he found real gold, lots of dust and several nuggets. Seizing his long-sought chance to shout, he found a partner to help wash the gravels of his new claim. But steady work held few charms for the little fellow and he moved on to what he hoped would be even more glittering chances to shout.

He left very little of himself at the creek. The others who moved in to take advantage of the finds could not even remember his name. Was it Tecumseh Smith? One man was sure that was it. Another said, no, it was the other way around - Smith Tecumseh. Still another insisted it was not Tecumseh at all but McCumpsey. Then somebody remembered the little guy answered to "Pony" and that stuck. The diminutive wanderer, although vanished to other parts, left his nickname attached to a creek, a gulch and what would be a booming mining camp.
pony02 (© 2000 by Daniel Ter-Nedden) Buy pictures 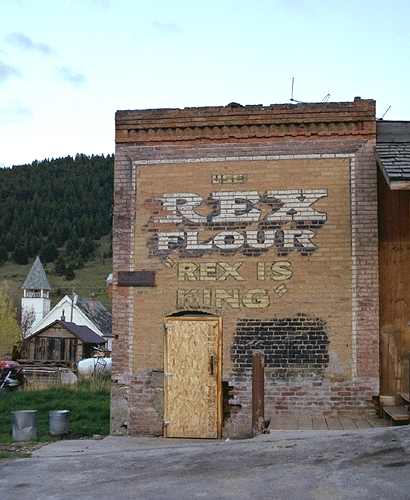 In a couple of years after Pony's finds, the gulch was full of men working the gravels with pans, rockers and cradles. Water was in short supply, turning into a muddy soup as it was used over and over again. Then about 1870 George Hadzor and J. C. Hawkins built a combination flume and ditch from neighboring Cataract Creek, bringing in so much water the placer beds were soon worked out.
pony01 (© 2000 by Daniel Ter-Nedden) Buy pictures 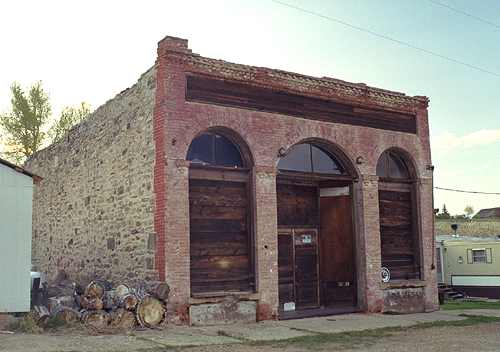 Searching the hills for the lode which must have been the source of gold supply, George Moreland found the out-cropping in the middle of a patch of wild strawberries. He dug down about fourteen feet and there uncovered his bonanza, ore worth all the way from $20,000 to $100,000 a ton. The claim immediately below Moreland's Strawberry was full of chunks of rocks so thick with gold it could be mashed out with a postle.
pony03 (© 2000 by Daniel Ter-Nedden) Buy pictures
Back to Montana Ghost Towns